Cactus Muziekcentrum VZW is a professional music centre that brings the diversity of the global music culture to attention: from rock, electronics and dub, over hiphop, roots and reggae.

Cactus Club (Magdalenazaal/MaZ in Bruges) is the home venue where Cactus Muziekcentrum hosts the majority of its concerts. Once in a while, we divert to other locations, such as Biekorf or Ryelandtzaal. The Cactus Club has a capacity of max. 900 people. For smaller events, we turn the venue into a cozy concert club with reduced capacity. 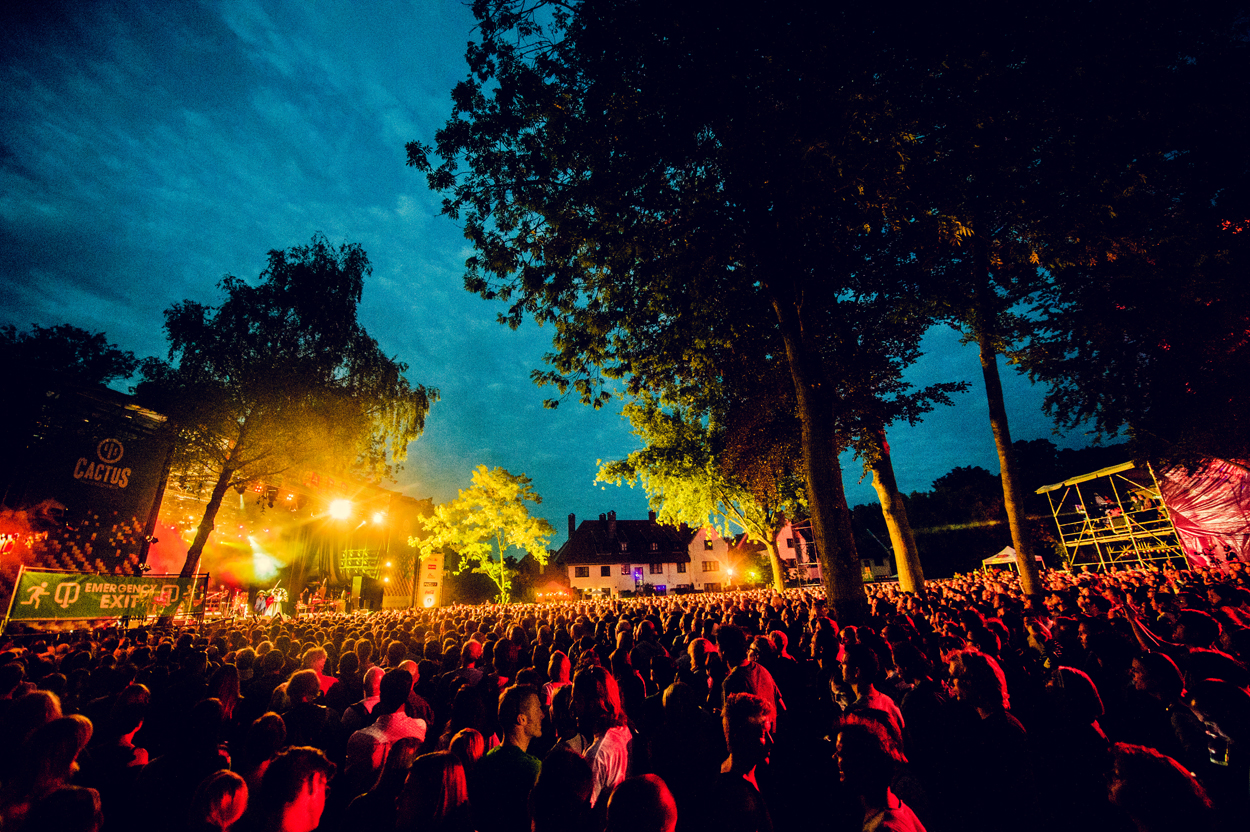 At Cactusfestival, Cactus Muziekcentrum takes an unconventional approach to the vast global music scene, with the Minnewaterpark as a crossroads of the most diverse musical genres and cultures.

Cactus Muziekcentrum also passes on its cosmopolitan mindset to Moods!, the summer festival in the city centre of Bruges. Musical adventurers from every corner of the world gather in Bruges for two weeks to perform on stages throughout the historical city centre.

Cactus muziekcentrum is also involved in Benenwerk, turning the city centre into a gigantic (free) ballroom for one night. On several stages, the most diverse styles of dance music are hosted. From tango and muzette, over salsa, brass bands and funk to hiphop, Brazilian beats or French touch.

With More Music!, Cactus Muziekcentrum and Concertgebouw Brugge have raised a new unusual coproduction since 2013. More Music! is a breath-taking experience on the intersection of -at first glance- differing musical worlds. A concise and atmospherical overall concept that takes the audience on a musical journey from singer-songwriters over spoken-word performers to electronica and ambitious multimedia projects.