After Dans Dans and Flying Horseman (and the occasional solo project, Strand and Transit), Ottla is Bert Dockx’ latest project. It was started as a means for Dockx to return to his background in jazz and improvisation and to the Brussels underground scene. It quickly became clear that Ottla would be more than just a jazz side-project. The chemistry between the new band members prompted Dockx to write entirely new compositions, tailored to the musicians he was now working with. They rehearsed for a year, including some rare performances, which was followed by the Jazzlabtour in 2019. Afterwards, the band started recording a debut album, which is due on November 8th, on W.E.R.F. Records.

Koen Gisen, Dockx’ regular producer/buddy/soulmate, managed to capture Ottla at its colourful, tantalizing best. The band play a unique mix of genres, flowing, grooving, rocking and swinging all over the place. The result is a record that moves and surprises, being both playful and melancholic, and at times even quite brutal. What defines the music most, however, is each band member’s unique personality and how this influences the other members too. And yet Bert Dockx’ influence is what glues all of the songs together. Prepare to be carried away!

Close encounters between Cactus Muziekcentrum and De Werf! Together we search for interesting mixtures within the entire music scene. Learn about music that surpasses style or genre, aiming for an audience with the finest of ears. Every band in this series is unique: wayward performers, inspired by vastly diverse sources and traditions, such as jazz, blues and world music. 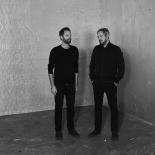 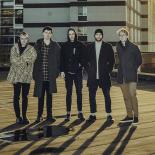 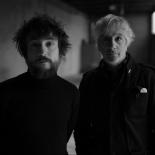 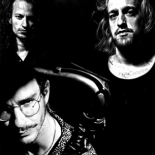