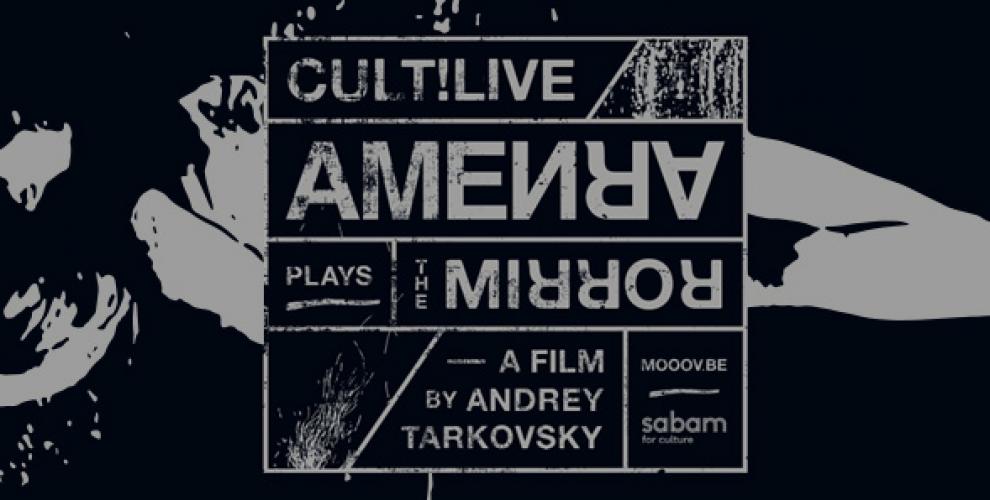 PLAYS 'THE MIRROR' BY TARKOVSKY

Considering the developments regarding the spread of the corona virus, this concert was postponed. Tickets remain valid for the new date.

MOOOV Filmfestival and Cactus Music collaborate once again for the fifth edition of Cult!Live. The idea is as simple as it is wonderful: an artistically interesting band composes a new score for a cult movie and plays it live on location. Amenra Plays ‘The Mirror’ by Tarkovsky will premier at the Bruges Concert Building.

AMENRA
Amenra create intense and emotional sludgemetal, which hits you both physically as in the soul. They’ve been going strong for over 20 years now, becoming an ambassador for alternative metal and one of the biggest international bands in the genre, with very loyal fans around the globe. Amenra are known for challenging themselves, always looking for new and innovative ways to perform their music and spread their message of loss and pain, as well as processing and healing. The band’s story and philosophy are so powerful, it has moved people far beyond their own scene. An amenra performance is a pitch-black ritual, which hurts and heals in equal measure.

‘THE MIRROR’ BY ANDREY TARKOVSKY
During a serious mental breakdown, a man lets his thoughts travel back to the places and events from his childhood. He wanders around the house where he spent his youth, the place where he was born and the areas where his mother and father used to live. He relives his youthful dreams and plays around in the snow with his first girlfriend. Looking back at his life, he wonders if he has given enough to those who have loved him so unconditionally.

Nostalgia, melancholy and dreams: Tarkovsky called ‘The Mirror’ his most personal movie. It’s a mixture of memories, news images and poets by Tarkovsky’s father, blending past and present.

At Cult!live: Amenra plays ‘The Mirror’ by Tarkovsky, the band’s philosophy mirrors the movie’s in an unprecedented way. It will be a night of family, spirituality and loss."